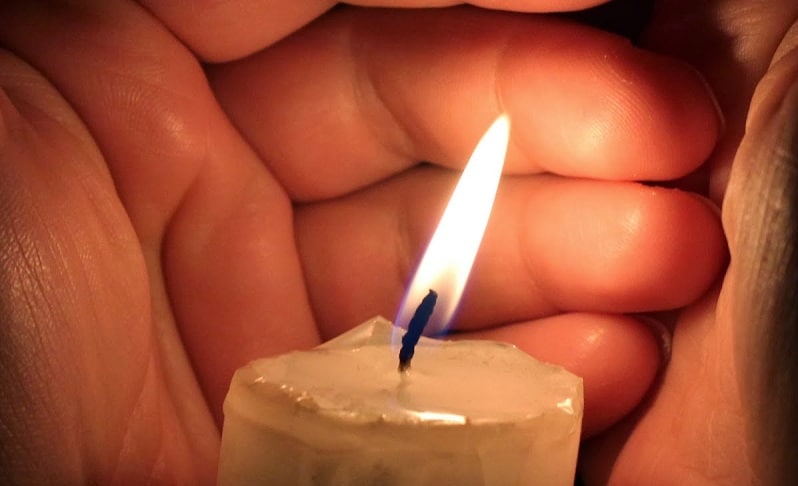 Whether in the form of tea lights, pillar candles, or stick candles, candlelight is generally perceived as pleasant and cozy. But some commercially available candles can be harmful to your health. We explain how you can recognize good candles.

Cloudy gray weather and the ever-earlier onset of darkness increase the need for light and warmth in your own four walls. “Now candles are in high season,” says Ingrid Grimm, spokeswoman for the Candle Quality Association. But not all candles are safe for health.

“Individual components in the soot can be harmful to health,” admits Stefan Thomann of the European Candle Association in no uncertain terms. “They should, of course, be reduced as much as possible.” If many heavily sooty candles burn for long periods in a room, soot could also settle on walls and furnishings and cause damage.

“As with any incomplete combustion, various pollutants are produced in the process,” informs the Bavarian Consumer Center. Paraffin, which is made from petroleum, is particularly problematic here. “The fine particles rise up with the hot air, become components of the suspended dust, and can be inhaled,” the consumer protectors say. Candle paints and varnish coatings have also repeatedly given rise to complaints in the past, they said.

Compliance with all regulations on limiting values of additives such as paraffin is continually monitored by Dekra for RAL-marked candles, as the quality association states on its website. “Candles with the RAL quality mark are a good choice in any case,” confirms the consumer advice center.

Always dust candles. How to clean the dust off candles?

The fact that the candle soots or burns down uncleanly can also be due to the fact that there are too many dust and dirt particles on it. You can clean dirty candles with a lint-free cloth soaked in methylated spirit. The candle holder should also be cleaned regularly.

How long do candles burn?

A candle burns seven to ten grams of its mass every hour. But it can also go faster; for example, if some candles are too close together because then a lot of heat develops, so that the candles may also deform. Therefore, the experts advise a distance of at least ten centimeters between individual candles.

How can smoke clouds be avoided?

If the wick is too long, it forms a lot of soot. If it is too short, the flame does not burn well. For this reason, the Candle Quality Association advises a length of about ten millimeters.

There is also a tip for extinguishing the flame: If this is smothered instead of blown out, less smoke is formed. This can be achieved with a special extinguisher. This is a cone that is placed over the flame. Or the wick is briefly dipped into the liquid wax immediately after blowing out.

Crackling is not dangerous

The candle usually crackles when it is damp, such as when it is outdoors or in a damp bathroom. If rainwater has dripped into the burning bowl, simply wipe it dry. If the wick is damp, then the crackling cannot be prevented. But it is not dangerous.

Candle burns on one side: What helps?

A candle often burns on one side. This is usually due to the wick, explains the consumer advice center in Hamburg. It should simply be bent carefully until it is straight and centered again. To prevent the candle from gradually becoming hollow and then burning more puny, it should always be left on until the entire top layer of wax has become liquid.

This is called the burning plate. Either way: It is better not to leave the remains of matches in the burning plate. If they catch fire, they can sink through the edge of the candle like a knife through soft butter and the wax runs out.

Making the candle fit the holder

If the candle is too thick for the holder, this can be easily remedied: Dip the bottom end briefly in boiling water. The wax can then be easily shaped and thus also inserted into the stand.

What are candles made of?

Candles can be made of paraffin, stearin, soy, or beeswax. Beeswax with a long burning time is a natural product and therefore naturally good from an environmental point of view. It may be called so only if it is without any admixtures.

“However, this is also a very valuable raw material and the most expensive material, because it is only available in limited quantities,” explains Dirk Petersen, an environmental expert at the consumer center in Hamburg. Such candles account for only one to two percent of the market.

Stearin is also a renewable raw material of plant or animal origin. It consists, for example, of palm and coconut fats and beef tallow. However, virgin forests are cleared for palm fats.

The advantages of stearin: It burns for a long time, soots little, and does not drip. Important: Stearin candles must be made of at least 90 percent stearin to be called stearin candles. However, paraffin is often added to prevent the wax from crumbling.

Paraffin is less expensive. It is derived primarily from petroleum and has a low melting point so it burns faster. High-quality paraffin candles are in turn therefore mixed with stearin. 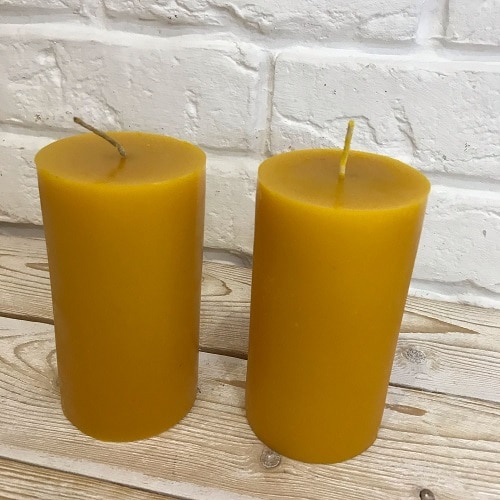 How to Make Pillar Candles (9 Steps) 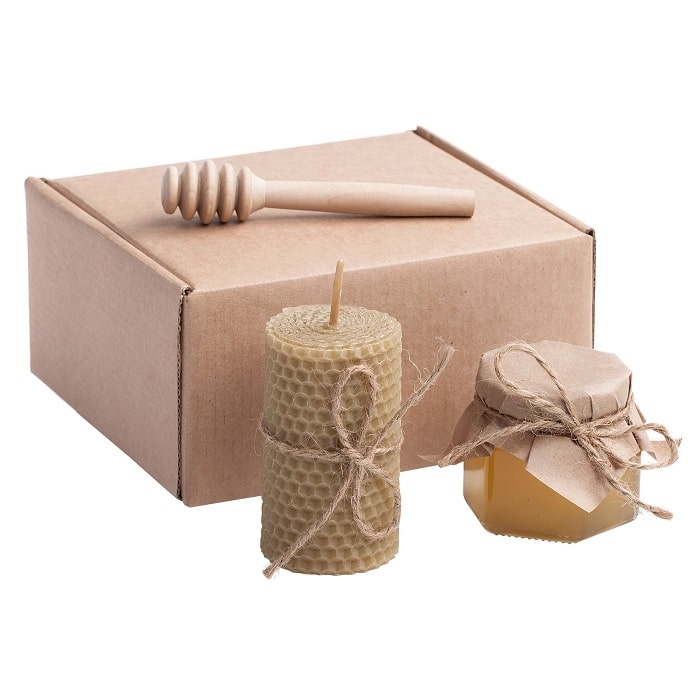 How to Wrap Candles for Gifts (5 Steps) 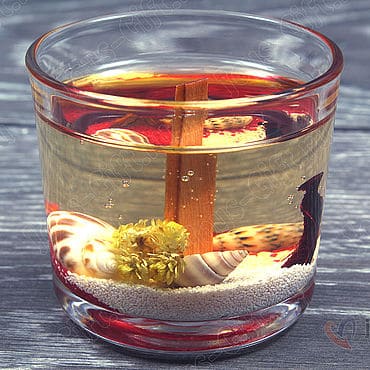 Carole Brooks has been making candles for many years. She loves to create candles of all different types and for all different purposes. Here she shares her experience and knowledge. Carole is a graduate of Texas A&M University.

Some posts may contain affiliate links. Thewaxcandles.com is a participant in the Amazon Services LLC Associates Program, an affiliate advertising program designed to provide a means for sites to earn advertising fees by advertising and linking to Amazon.com.
Scroll UpwpDiscuz
0
0
Would love your thoughts, please comment.x
()
x
| Reply